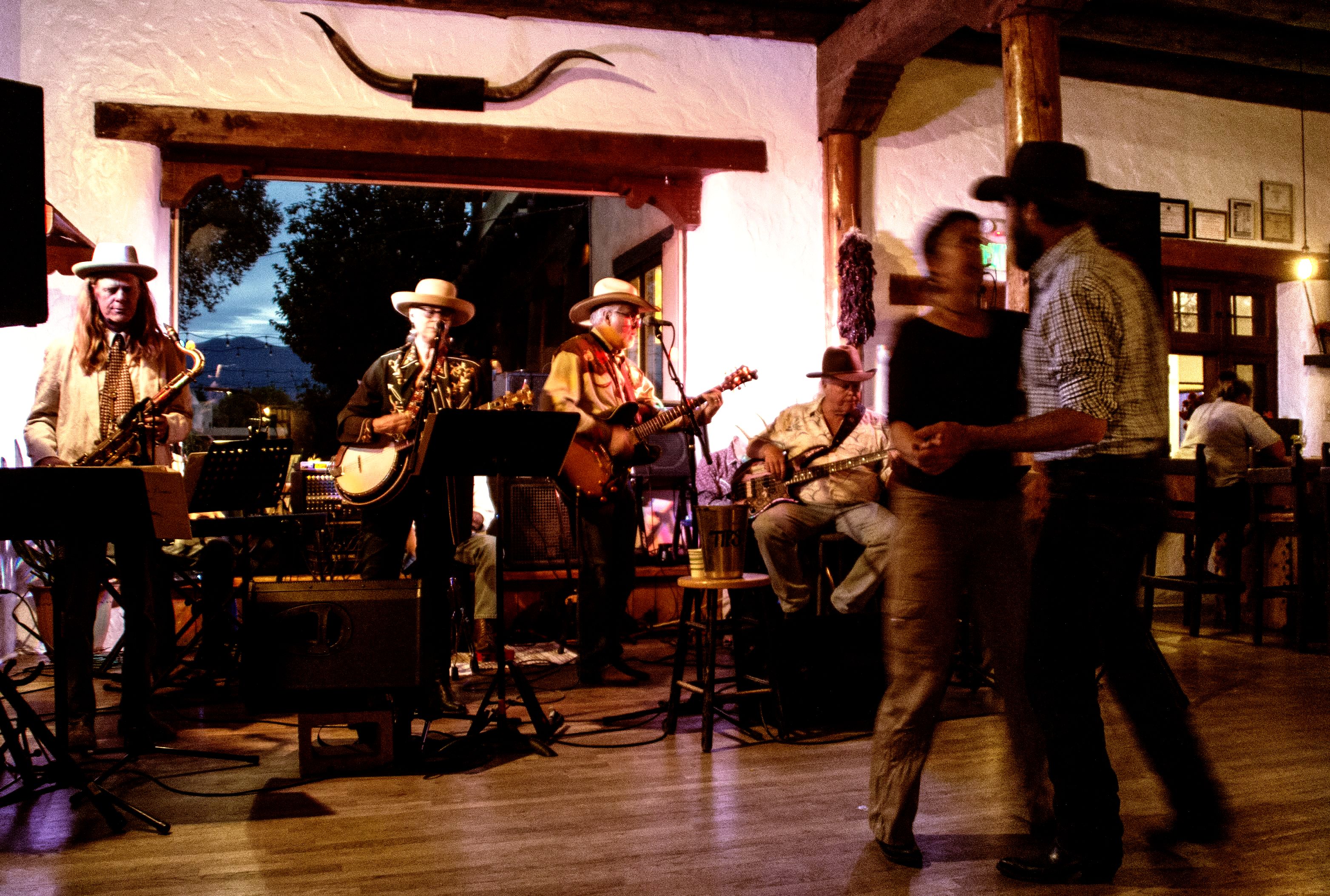 The Swing Dusters is a multi-piece western swing band based in Taos, New Mexico. Their music harks back to a day when Western Swing music ruled the airwaves and the dance floors.

Their songs are chosen from the classics of Bob Wills and his Texas Playboys to Asleep at the Wheel and other classics from the era.

Bandleader and lead vocalist Robert Parsons curates the band’s material to be the best blend of old and new with a nod to simpler times when music was meant to uplift and give a person a solid backbone for dancing.

When Robert Parsons decided he wanted to play Western Swing music, it took a while to finally realize his dream, but he’s got his wish. Parsons and his Swings Dusters is a multi-piece band that plays music reminiscent of dance bands and honkytonk combos from America’s golden past.

Our new CD is ready!