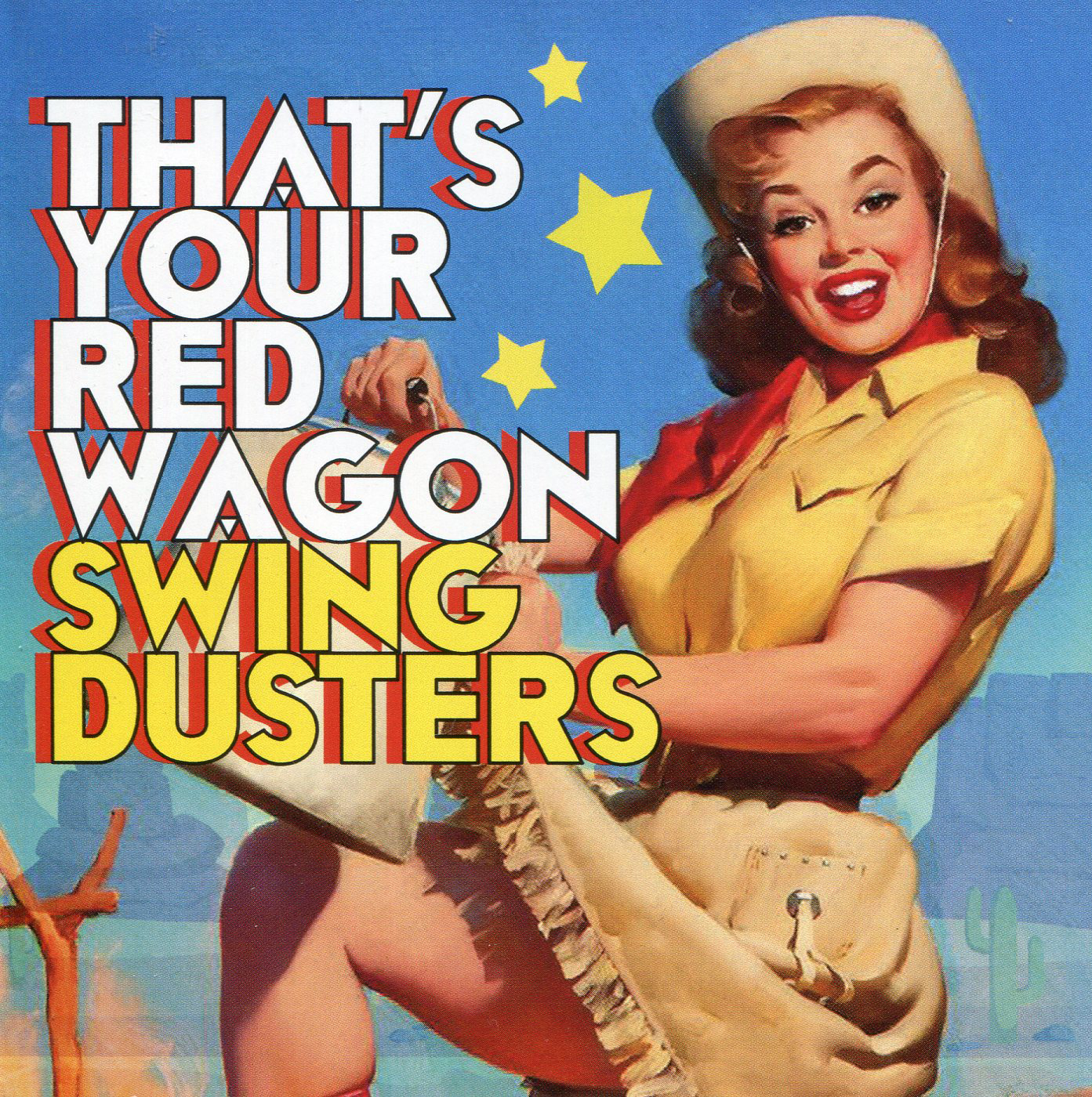 $10 plus $5 shipping and it’s yours! Reach out to a band member or email us at swingdusters@gmail.com to get your copy.

You can also purchase the CD’s “Digital Edition” via Bandcamp for $10, or individual tracks for $1.
“That’s Your Red Wagon” Digital Edition on Bandcamp

Jan. 1, 2020, Taos, NM – A new album has been released featuring the music of the Western Swing dance band the Swing Dusters. It’s called “That’s Your Red Wagon,” and the 15-song CD is packed with Western Swing classics and was released in December 2019. The band has planned a CD release party at the Sagebrush Inn Cantina Saturday, Jan. 11, 8-11 p.m.

Robert Parsons and his Swing Dusters is a multi-piece band that grows from its six-piece core to eight pieces or more when schedules and situations allow. Robert Parsons, bandleader and gallery owner, says it’s a miracle that the same band that started the album project in early spring of 2019 is essentially the same band it is in January 2020.

“We started the project in the snow [up at Jon Gold’s Goldmine Studio in Gallina Canyon] and we finally got the finished project during the next snows, and it’s the same people in the band. That’s a rare thing,” he said.

Members of the Swing Dusters on the CD are Parsons, who executive produced, Rick DeStefano on piano, Markus Kolber on bass, Wayne McKenzie on sax, Rachael Penn on violin, Melody Romancito on vocals, and Ray Vollmer on drums.

The CD’s tracklist seems like a primer in Western Swing and American Songbook classics, from “Right or Wrong,” made famous by Bob Wills and his Texas Playboys to Hoagy Carmichael’s “Georgia on My Mind,” the tracks hop with an energy reminiscent of America’s swing heydays of the late 1920s, 30s, and 40s.

“The title track is an old song made famous by Ella Fitzgerald, Anita O’Day, and Asleep at the Wheel, and we call it our ‘social media’ song. The lyrics say if you essentially want to ‘overshare,’ well, that’s your red wagon,” Melody Romancito said. “It’s one of our favorite tunes and some of the verses are pretty funny.”

“Humor and light-heartedness is a big part of the music,” she added. “Even sad songs have a joyful simplicity and beauty, like the famous ‘Tennessee Waltz.’ The song is over-the-top sad, but it’s a joy to sing, especially backed by those swelling harmonies,” Romancito said.

The CD is available from band members and also available online through their website (http://swingdusters.com).

Our new CD is ready! 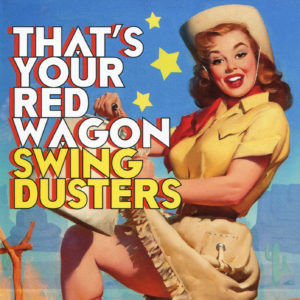